…of an indecently long interval between blog posts.

Ten thousand much deserved apologies, gentle readers; here at Layers HQ we do realise how difficult life can be made when your ransom notes are shriven of the sesquipedalian flourishes that so few other band blogs provide. As much as we would like to believe that death itself would not stop us from reaching out to touch our friends (not in an overly familiar way, you understand…) the reality is that mere preoccupation is enough to gum up the works for months.

But we’d like to think that this very preoccupation has been worthwhile because we’ve not been idle. No siree – those observant members of our fan base (at least, the subsection of such still allowed access to a live Internet connection rather than having printed bulletins slipped under the cell door) will have noticed a glorious new website. New content is still arriving on a week-to-week basis, subject to gaps in Caleb’s sandwich schedule, and should continue to do so on a basis commensurate with our blog updating (which now that Neil’s remembered the password, may be more frequent than recent, tumbleweed-strewn months would suggest).

What only diehard fans (ie, stalkers) will know is that some of the creative activity holding up bulletins has been of the biological variety (and no, we’re not talking about the contents of Neil’s fridge). Both Caleb and Rupert are proud, second-time fathers. Being men, none of the band (fathers included) know any of the important details like weight, sex, name or species of the offspring in question but we’ll try to get one of the mothers to get back to you all on that…

And what are we emerging into, as we slink shamefully from beneath the dank shelter of relative obscurity? Well, we’re two-thirds of the way into our summer festival programme; the best, we’re hoping, very much saved until last as we play the Green Man festival in two weeks’ time. Not that the gigs leading up to it haven’t been great: the Tetbury Fiesta was true to form – a laid-back gig in the sun. Thanks especially to everyone that turned up to the acoustic spot and for all of the kind words that were offered. Then last week we turned up at the SOLAM festival, near Chippenham. Usually when someone describes a gig as ‘intimate’ it means that there wasn’t room on stage for the drum kit and there was no bastard there and, we’re forced to admit, it was beginning to look like one of those nights. No sooner had we got ourselves squeezed in, though, than a friendly, appreciative group filtered in and reclined on the cushions, joined in a little bit of banter and made us feel right at home.

There were some cracking bands at SOLAM and if you missed the whole thing, shame on you – check it out next year.

So, what’s in the future? Well, we’ve got some new material coming on line: ‘My Father’ has been gigged and seems to be garnering some praise, ‘Wasted’ had it’s début outing at SOLAM and already looks like it could become an audience favourite. More songs are in the pipeline, including what looks like a viable version of the long-awaited ‘Red Roses’ and we’re hoping to have a whole ‘post-belly’ set together by the end of the year. Stranger things have happened.

More updates from Layers HQ soon (honest) including ‘Wasted’ lyrics (if nothing else, it will help me to remember them…) and hopefully pics on the site soon. 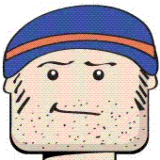